← more from
Night School
Get fresh music recommendations delivered to your inbox every Friday.
We've updated our Terms of Use. You can review the changes here.

by The Modern Institute 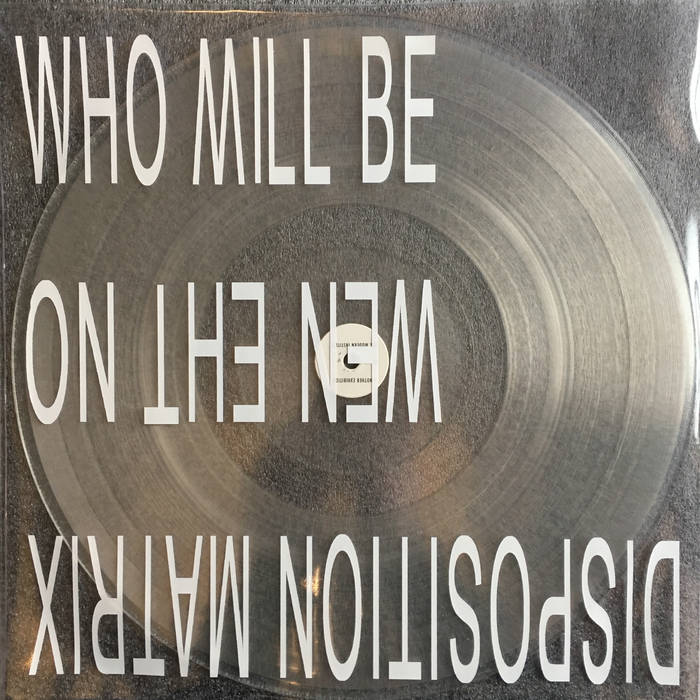 For The Modern Institute’s self-titled first vinyl document, the practices of audio technicians Richard McMaster, Laurie Pitt and James Stephen Wright are brought into sharp focus, the initial analyses of a project which examines the rituals of performance, the signifiers of bourgeois culture and the absurdities inherent in the middle class art gaze. While undoubtedly disturbing in execution, it’s a succinct reminder of the tension between lazy, electronic music tropes and the essential, quizzical attitude frequently lacking in the technoid culture yet abundant in Glasgow’s agent provocateurs.
Seen through the frame of primary music generators McMaster and Pitt’s previous music projects – Golden Teacher, General Ludd – The Modern Institute’s recorded output is an oblique, strategic examination of rhythm and the spaces between. Rhythm is often re-defined and re-formed through out The Modern Institute, with the easy 4/4, communally cohesive beats of the Teacher and the Ludd some way off.

Opener Black Blood is a case in point, with a elusive pattern providing a warped, skeletal framework for Wright to smother. The atmosphere is austere, aggressive, clinical as a gallery wall after the exhibition has failed. The yawning, sub-bass of False Beards and Diamond Hooves hacks at the exhibition floor opening up punishingly alien chasms. The narrator’s deadpan poesy, battling against the brutalist backdrop, reminds the listener of early industrial pioneers Cabaret Voltaire, not least in the unmistakably northern accent. Side A closes out on the first attempt by The Modern Institute to break into a recognizable pattern, though rendered on Destroy Logic as a dry destruction of a Bashment rhythm. Arabic Eight is nightmarish, a Normal deconstruction of art music. A nonsensical, dadist mutation of electronic dance music, Intelligent Dance Music with no intelligence, dance or Music. Wright intones “when I was younger you used to say you weren’t in it for the money,” taking down conceptions of artistic integrity, inspiration and muse. On Springloaded, we’re still deep in an alien lifeform’s insides, viewing the tropes the art industry uses to sell itself, splashes of digital distortion and burps crossfiring across the stereofield. Shiver And Quiver ends The Modern Institute, sounding like all the cities’ alarms simultaneously set off to the beat of the LPs only 4/4 beat, here juddering and unnaturally fast. Ask questions, just don’t ask for answers.

Bandcamp Daily  your guide to the world of Bandcamp